For What We Can Register Trademark

Any Slogan, Base or Punch Line, etc. which are used to highlight the products and services.

Trademark, in general, are words, phrases, logos, shapes and colors used by businessmen to recognize their goods or services. A trademark gives identity to a brand. A trademark prevents others from using the similar or parallel device which might create confusion among the people. For e.g.: “NIKE” and “Swoosh” has enough capabilities of differeciating its shoes from other brans like “PUMA” and “REEBOK”. Also, “LUX” has its own identity from “PEARS” and “DOVE”. A trademark is a symbol that helps in enhancing the goodwill and image of the company. A trademark helps in identifying the products / services. A good trademark should be easy to distinguish its goods or services from one person to another. 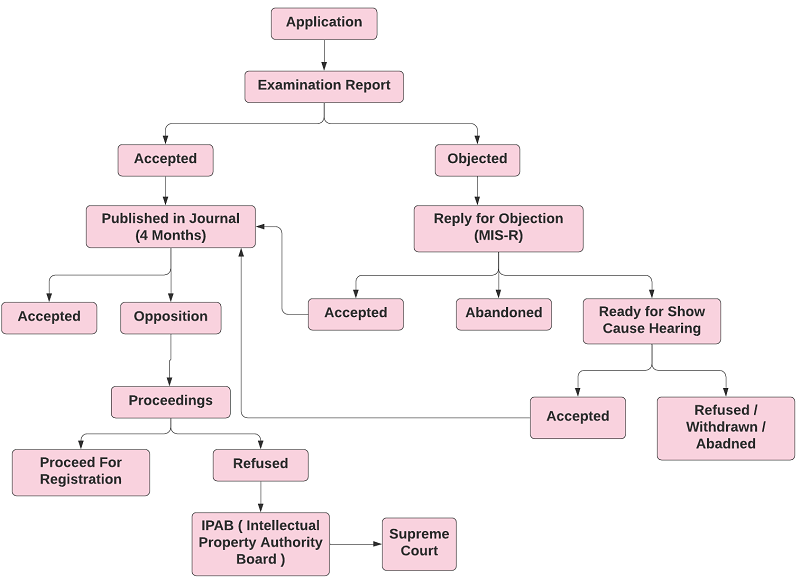 a. Identity proof of the individual.

b. Address proof of the individual.

d. Logo of the trademark

e. Identity proof of the signatory.

f. Address proof of the signatory.

Why Registering Your Trademark is Important?

• Registering your trademark helps your business in creating our own uniqueness.

• Registering our trademark/servicemark aids in identifying our logo, symbol, marks, and shapes in the crowd.

• It prevents others from using same or similar marks which may cause damage to our goodwill.

Our Docsplanner Team Will Help You With Registration in Few Simple Steps:

a. Help in trademark search and availability.

c. Drafting of all the documents.

Advantages Of Getting Trademark Registered

1. Ownership : Registering your trademark gives you exclusive right over the mark, which means, it refrains others from using the similar mark.

2. The right to use ® symbol : As soon as your trademark is registered, you can start using ® for your products or services. It gives our trademark a legal protection.

3. Differentiates your product : Registering your trademark helps in differentiating your products/services from one and another.

5. Validity of Trademark : After registering your trademark, it guards your brand from infringement for 10 years. After which, it can be renewed by filling TM-R along with statutory fees. Trademark renewal preserves those rights which are only available to a registered mark.

7. Goodwill : A trademark contributes in creating goodwill and quality in the minds of the customers. Registered trademark helps in enhancing the trust with the clients. We can transfer our trademark with or without the goodwill.

1. New Application : When the application is filed with the trademark registry.

3. Sent to Vienna for confirmation : Vienna Code Classification is an internationally accepted standard for logos and its elements.

4. Marked for exam : Application will be checked by the examiner of the Trademark registry.

5. Objected/ Awaiting reply for the examination report : The examiner has raised objections against the application form. We are requested to draft an appropriate reply for the same.

6. Refused/Abandoned : The reply of the examination report has to be filed within 30 days. If the applicant fails to submit the same, the trademark will either be refused or abandoned.

7. Exam Report Issued : The examiner is satisfied with the reply and the application has been accepted or other query has been raised by the examiner of trademarks.

8. Ready for Show Cause Hearing : The objection reply was not satisfactory according to the examiner so the Application has been issued for hearing.

9. Advertised before acceptance : The examiner is satisfied with the reply and the application has been accepted or other query has been raised by the examiner of trademarks.

10. Accepted & Advertised : Our application has been published in the Trademark Journal for a period of 4 months.

12. Withdrawn : : If the applicant wishes not to fight against the opposition raised in the report, he/she can withdraw their application. In such cases the status of the same will show as “Withdrawn”.

13. Registered : Trademark has been registered successfully.